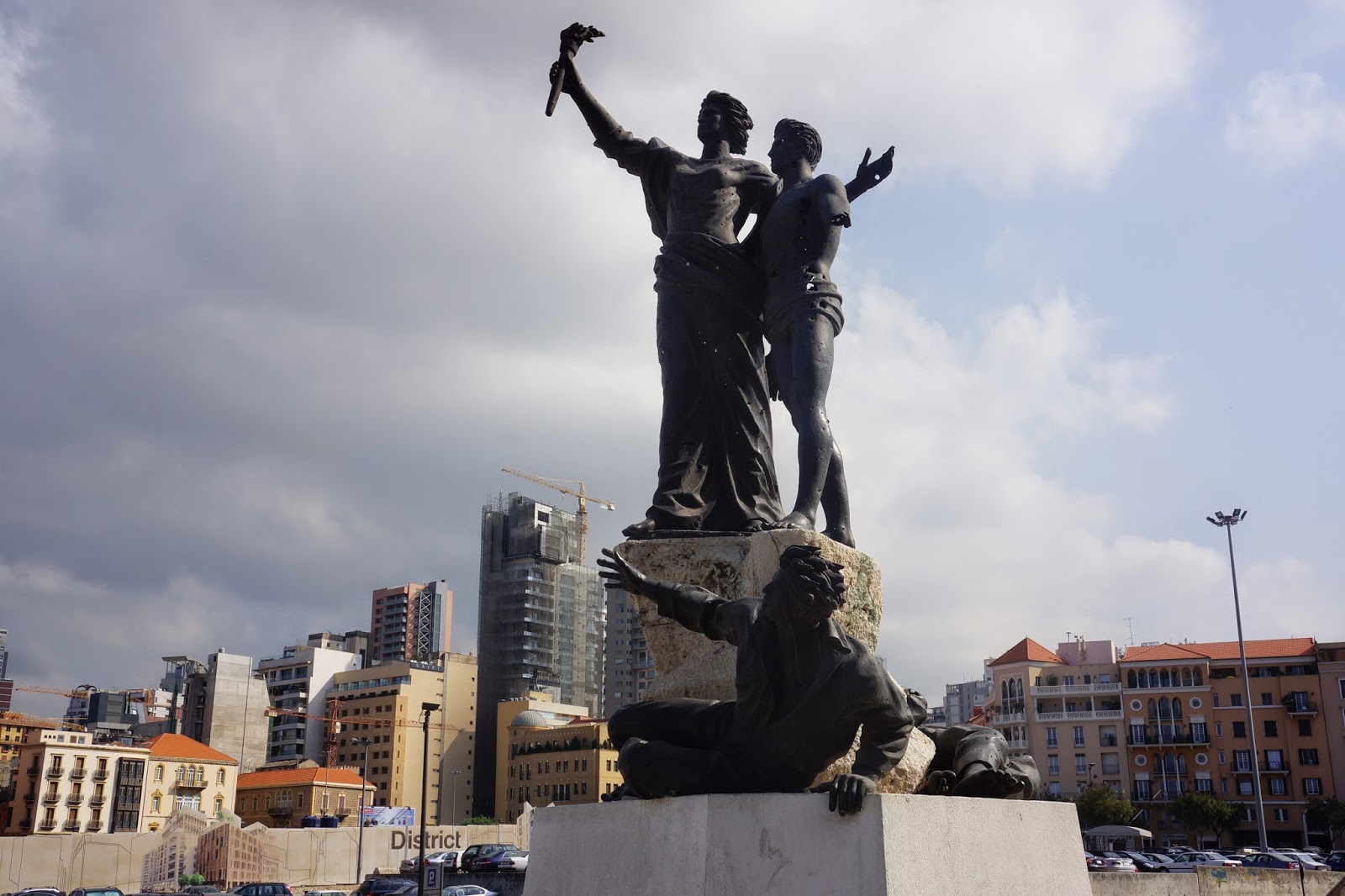 The Martyr’s Square statue was first erected in 1960, to commemorate the hanging of six Lebanese nationalists by Ottoman occupiers in 1916. It features four figures cast in bronze. The woman holding a torch represents freedom, she holds a fellow man by the waist while two wounded men lie on the floor looking upwards, symbolizing a message of hope and liberty. During the war, it was badly damaged, and several bullet holes and missing limbs are still visible, despite the statue’s restoration. Issam Khairallah, artist and head of the Restoration Department at the Beaux Arts Faculty at the Université du Saint Esprit Kaslik (USEK), who oversaw its restoration, purposefully left the scars of war, in hope that “its memory would prevent repetition.”

On the other side of time

The hammer of justice