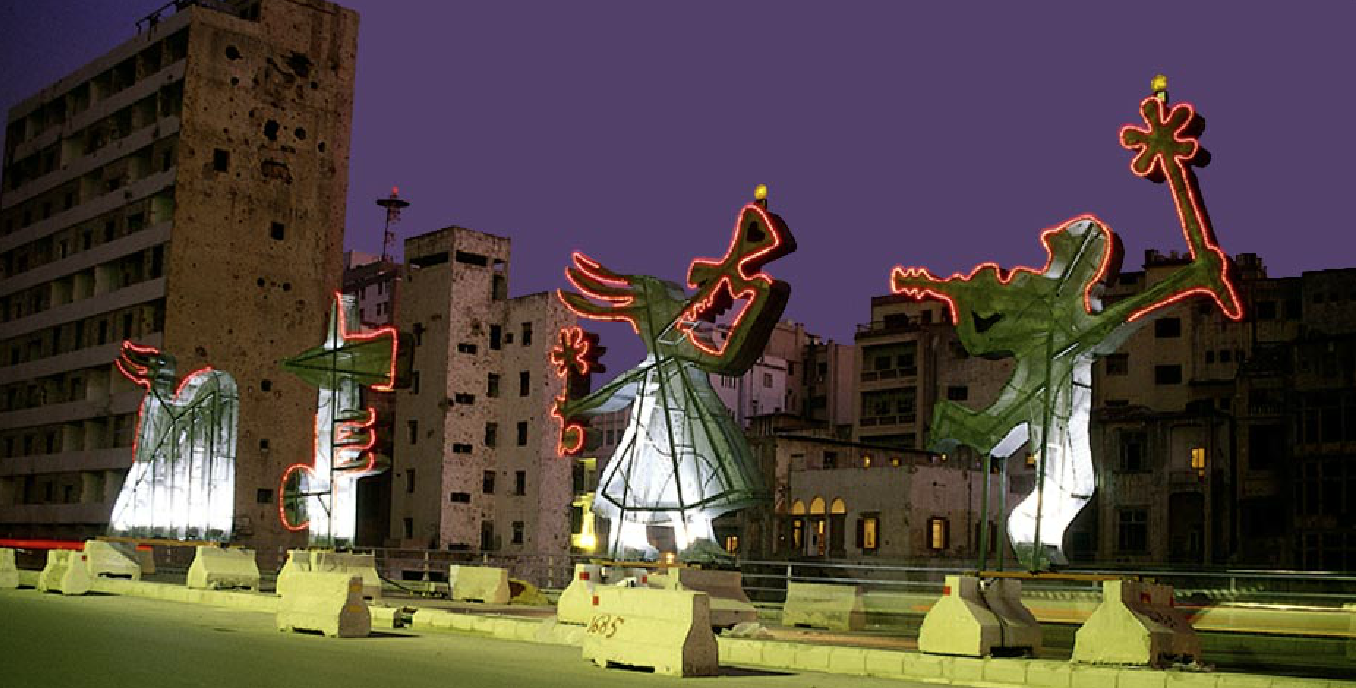 Between 1997 and 2000, more than 500 war-damaged buildings were systematically eradicated and major infrastructural works went underway in Beirut. Meanwhile, roads shifted, disappeared and were recreated. In this transitory climate, 20 different 5.5-meter high sculptures entered the city, embarking on an itinerant series of installations on bridges, squares, rooftops and finally aligning along the Mediterranean coast before disappearing.

Shape of the Word

Haven’t 15 years of hiding in the toilets been enough?