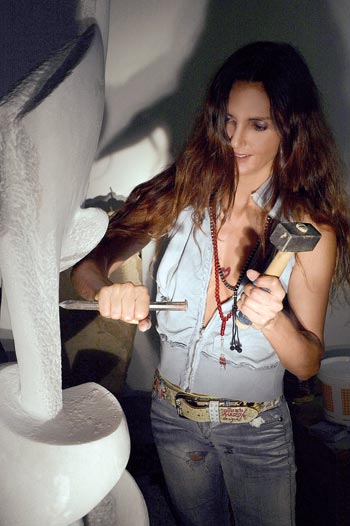 
Randa Nehme (b.1965, Lebanon) is a Franco-Brazilian sculptor. The artist moved to Paris in 1988 and worked closely with French and Japanese sculptors. She became a member of the National Sculptors’ Syndicate in France in 1989. Nehme is also a permanent delegate of the Plastic Arts Association (AIAP) at Unesco, where she works on artists’ rights in the Middle East.