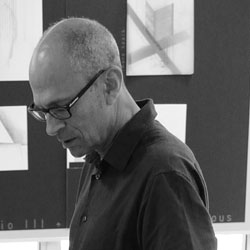 
Pierre Hage-Boutros (b.1954, Lebanon) is an interior architect who lives and works in Beirut. He co-launched the Atelier de Recherche in 1996, a trans-disciplinary workshop focusing on city issues. Over the years, Atelier de Recherche has initiated several projects addressing the nature of the public space in the city of Beirut and the narratives it generates.