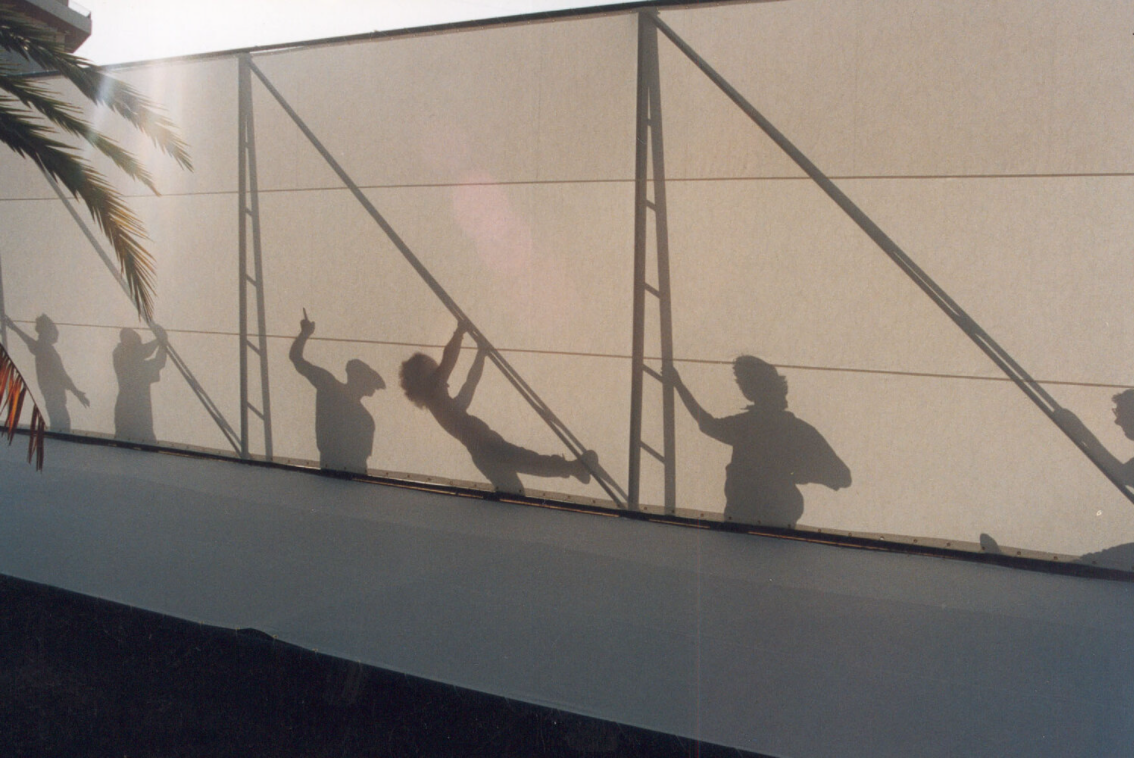 The project was about making a statement about architecture. The first idea was to mark the threshold on the pathway that used to lead from the parking lot to the main building. we started by drawing a line, something that would be a sort of door then a second line, a third and a fourth. it became a tower, the dream of the architect, but a tower that can be deconstructed, in the meaning of exposing its hidden internal assumptions and contradictions and subverting its apparent significance or unity. It became a place of hide and seek during the day, and at night, a place for performances and a giant projection screen device.

We do not leave Hamra

Beirut bottle shark goes to the rescue of Kfaraabida