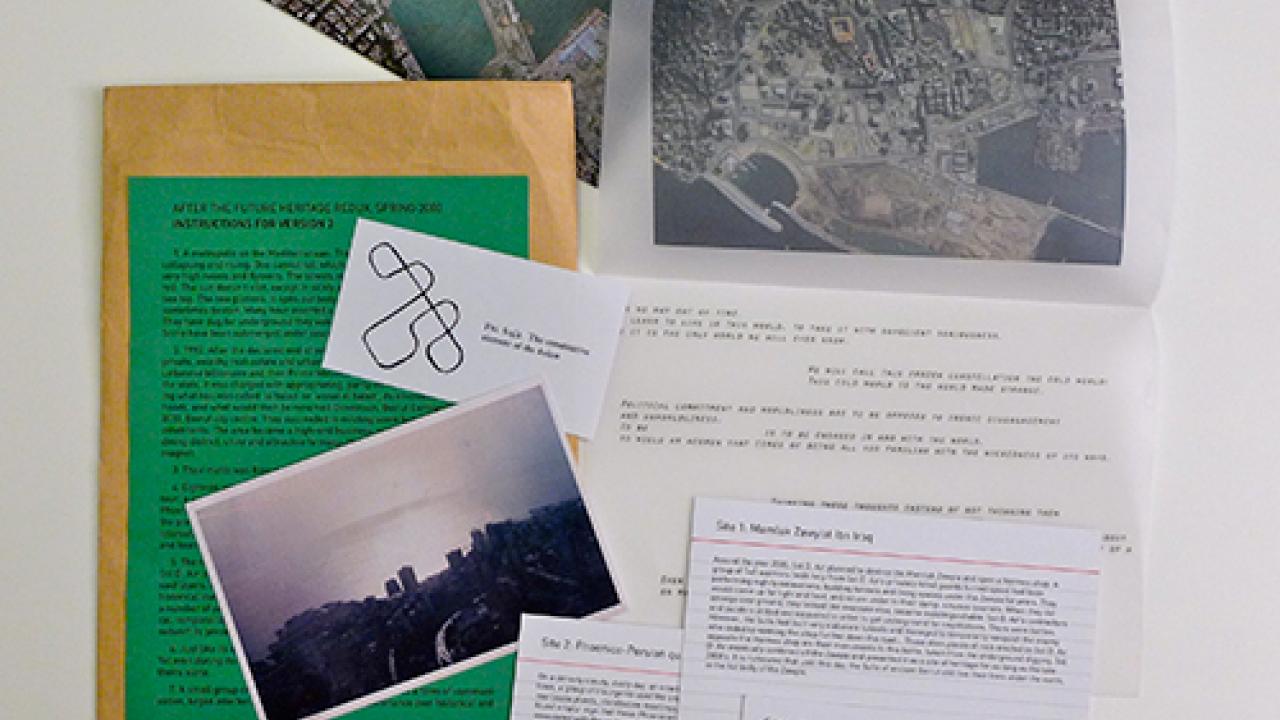 After the Future: Heritage Redux, Spring 2080

Saadawi’s tour – with its playful appeals to time travel, storytelling, and blistering political critique, alongside its powerful evocations of anger, melancholy, and imaginative escape – had shaken me deeply. Her work had revived urgent questions about the loss of the city that had all but disappeared from the discourse in Beirut, where it had been said and assumed, for years, that in terms of public space, we had lost, period. And would keep on losing, over and over again, whether to war or political dysfunction or rapacious real-estate development or a disturbingly uneven economy, what difference did it really make. On the day of the explosion, she wrote: ‘This bomb went off just on the site where we met on those spring nights. It’s eerie. What do we do with all this accumulation?’ Seriously, what do we do? And for how long? And will it ever make any difference? And does it not seem, sometimes, like the saddest thing in the world that we think art – of all things – will not only hold that accumulation together but allow us to sort through and make sense of it all?