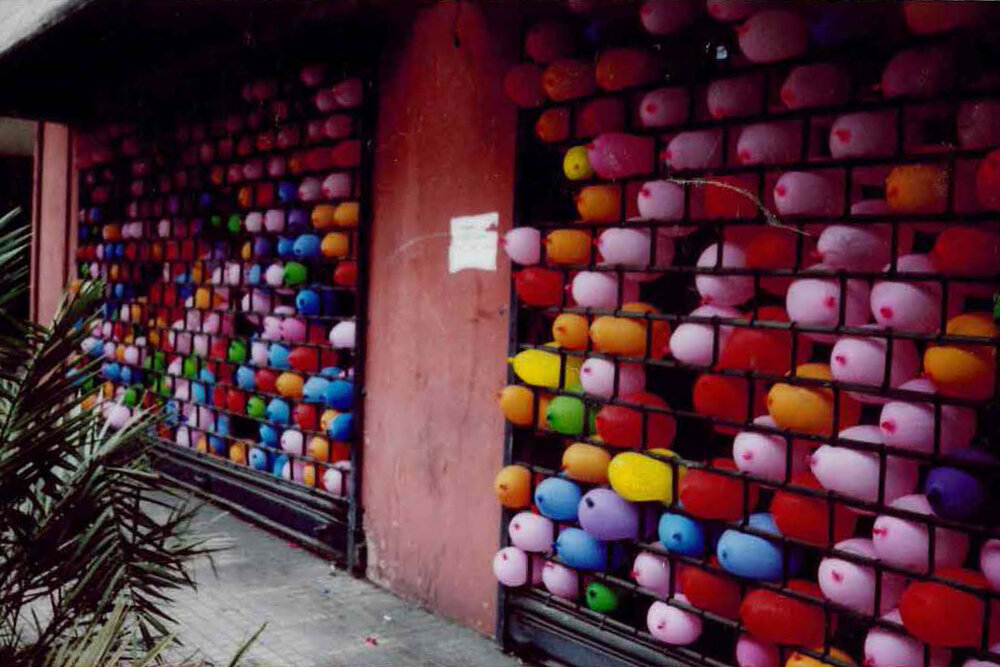 In the arabic language the two words tazahor and mashrou3 encompass different meanings oscillating between political and sometimes neutral connotations: tazahor (noun) as protest and/or pretend while izhar(verb) as reveal and mazaher(plural noun) as appearances. mashrou3as project, scheme, legislated and/or licit. the project grew from these linguistic nuances to design spatial occurrences: situations. Different sets of happenings were taking place every Wednesday from 5 to 7 pm by an abandoned shop in a deserted building. students were there with a happening that was defined directly from the site itself. the noise that they tackled was more socio-political than the sound itself. Limits were re-defined as they were facing a security zone that was always guarded. every situation led to another.

I Invite Waves to Come