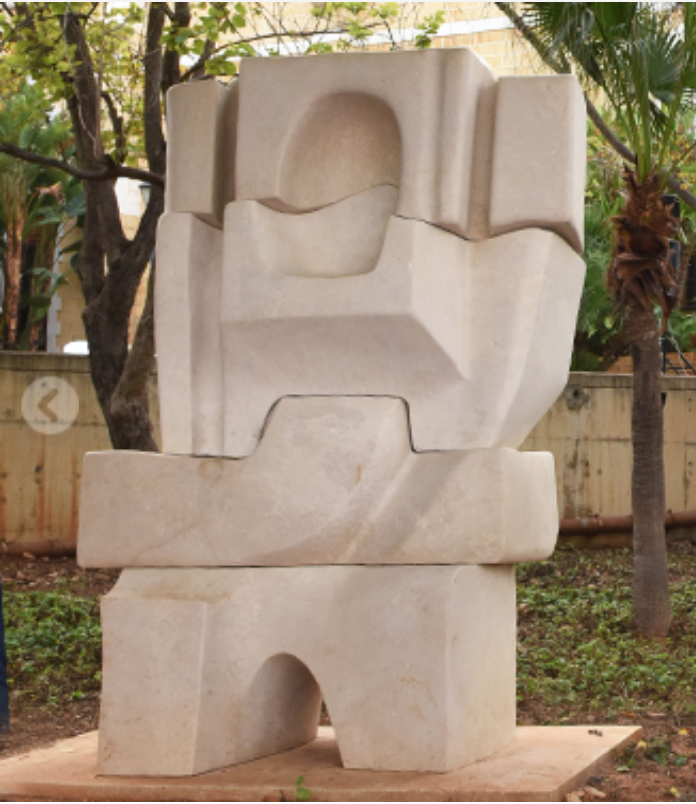 This sculpture was designed in the early 1960s. A small model of it was made at that time, although the artist always intended for it to be executed on a monumental scale. The work, as it now stands in its location to the east of Jafet Library, is 2.7 meters tall, and weighs seven tons. It is comprised of four individual blocks of a local stone known as testa. It was made by the stonemason Samah Gharzeddine, who worked regularly with the artist for a period stretching over decades. It took Gharzeddine four years, from 2014 until 2017, to complete the work. There are no interconnecting rods between the blocks, nor is there any use of additional fixative materials, such as cement. The entire work is held together only by the perfect balance of the individual units. In 2014, it was commissioned by an anonymous donor to be reproduced by the Saloua Raouda Choucair Foundation for the American University of Beirut campus.