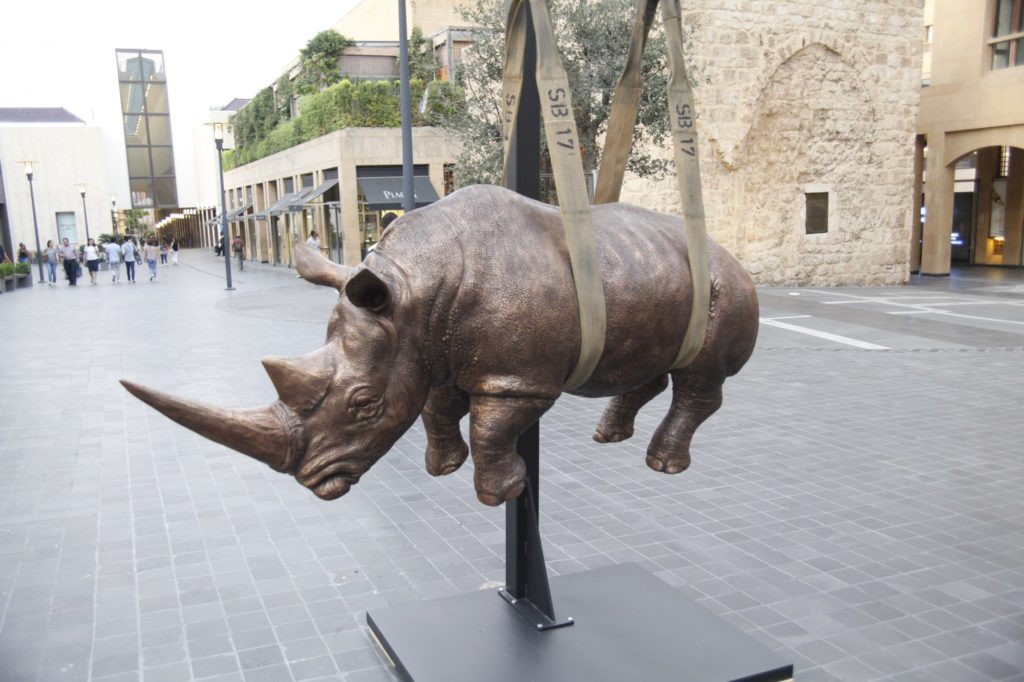 Each animal is supposed to be a metaphor for human existential complexity. The emphasis on heavy objects or the weary animals awkwardly placed in urban settings are Bombardieri’s representation of two worlds that don’t belong to each other, and that struggle to co-exist. Like these weary animals he portrays, humans can identify with emotions linked to being tired after a long journey, or being isolated in their clumsiness. Through present day, he continues to work on the figure of the rhinoceros, which he considers his alter ego. By varying the sizes and contexts in which he situates his rhinos, viewers will get to explore the multi-faceted character of the animal, and identify with the complex emotions and nuanced symbols portrayed in his presentation of the piece. His rhinoceros pieces such as ‘Monumentale’, where the rhino is burdened by heavy loads are examples of such work.

Shape of the Word

Light at the End of the Tunnel

L’abricotier on the bridge to nowhere