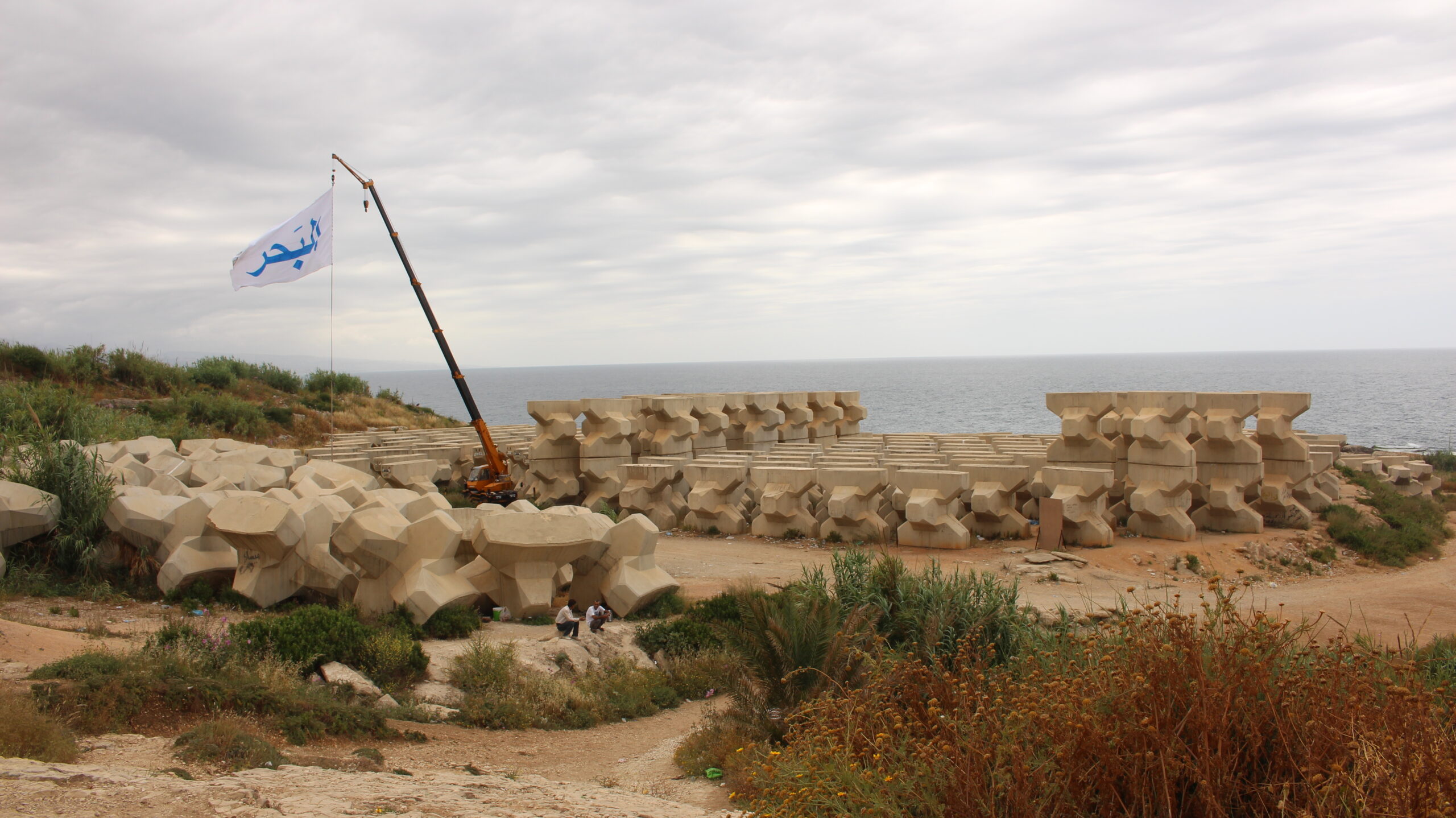 Omar Fakhoury erects a flag at a site in Dalieh inscribed with the Arabic translation of “the sea” (al bahr), invoking the idea of the sea claiming back its territory: Dalieh. Fakhoury intended to reference the practice commonly employed by political parties and the government in claiming neighbourhoods, lands, and geographical “appartenance”. The flag was visible along the coast.

Under the table, Under the bridge