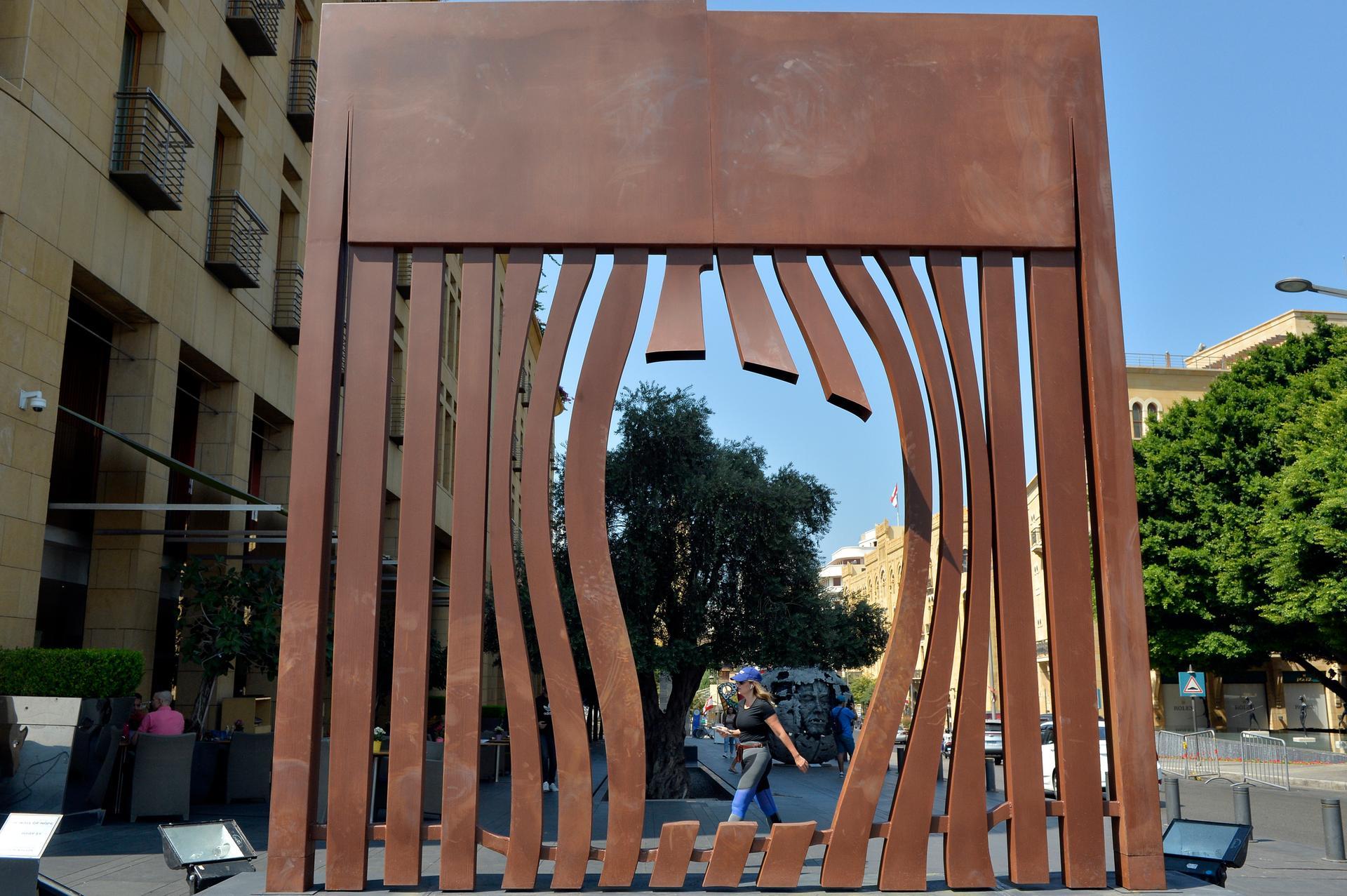 The location of Hady Sy’s Wall of Hope is highly symbolic. Erected in Downtown Beirut at the corner of Martyrs’ Square and Weygand Street, it stands on the infamous Green Line that used to divide the Lebanese capital’s religious communities during the 1975 war. It is also on the threshold of historic Beirut, near where one of the seven iron doors of the walled medieval city once stood. Yet the Wall of Hope does not gesture towards specific partitions, but to the symbolism latent in all such structures. Through a single transgression – a single blow to the fence – it symbolizes a vision of a world with no borders, resisting intolerance, hatred and fear, resonating with Beirut’s spirit of openness towards people, ideas and creation.