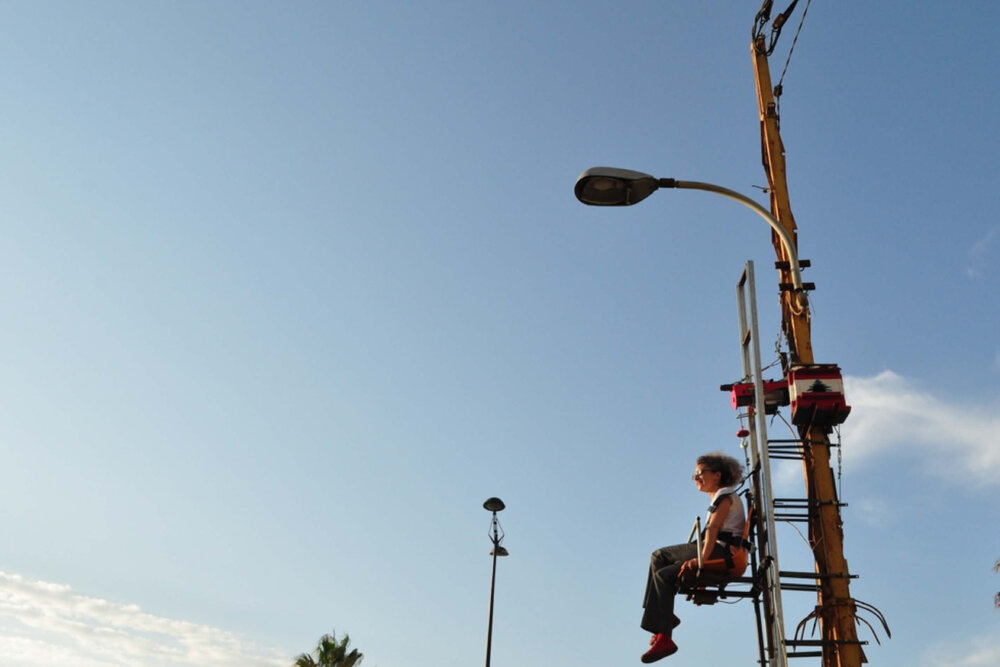 A vertically mobile chair that ascends up an electricity pole. the pole exists on the edge of a security zone towards the city which dictates several conditions that include no visual access towards it. due to these security issues, a chair enjoys the full visual air rights of the city but you are not permitted to do so. Through a system developed by the students, the chair would ascend to the top of the pole. a person on the ground is invited onto the chair and sits on it thinking he or she will ride up to the top and enjoy a panoramic view. however, when occupied, a system of sensors inhibits the chair from reaching the maximum height. the ride deliberately frustrates the user and encourages him to question his air rights within the conflicted city of Beirut why does the chair enjoy the panoramic view and open-air while you are forbidden by the system? this group’s biggest challenge on the site was to deal with the various jurisdictions the site and electric pole fell under. Clearly, the systems of the city that challenged their initial intentions were raised within the intervention. Rana Haddad with Youssef Ibrahim, Jana Aridi, Loulwa Achkar, Thea Hallak, and Micheline Nahra.

Free Stacks and the Children of Green

Disregarding the Unsightly to See