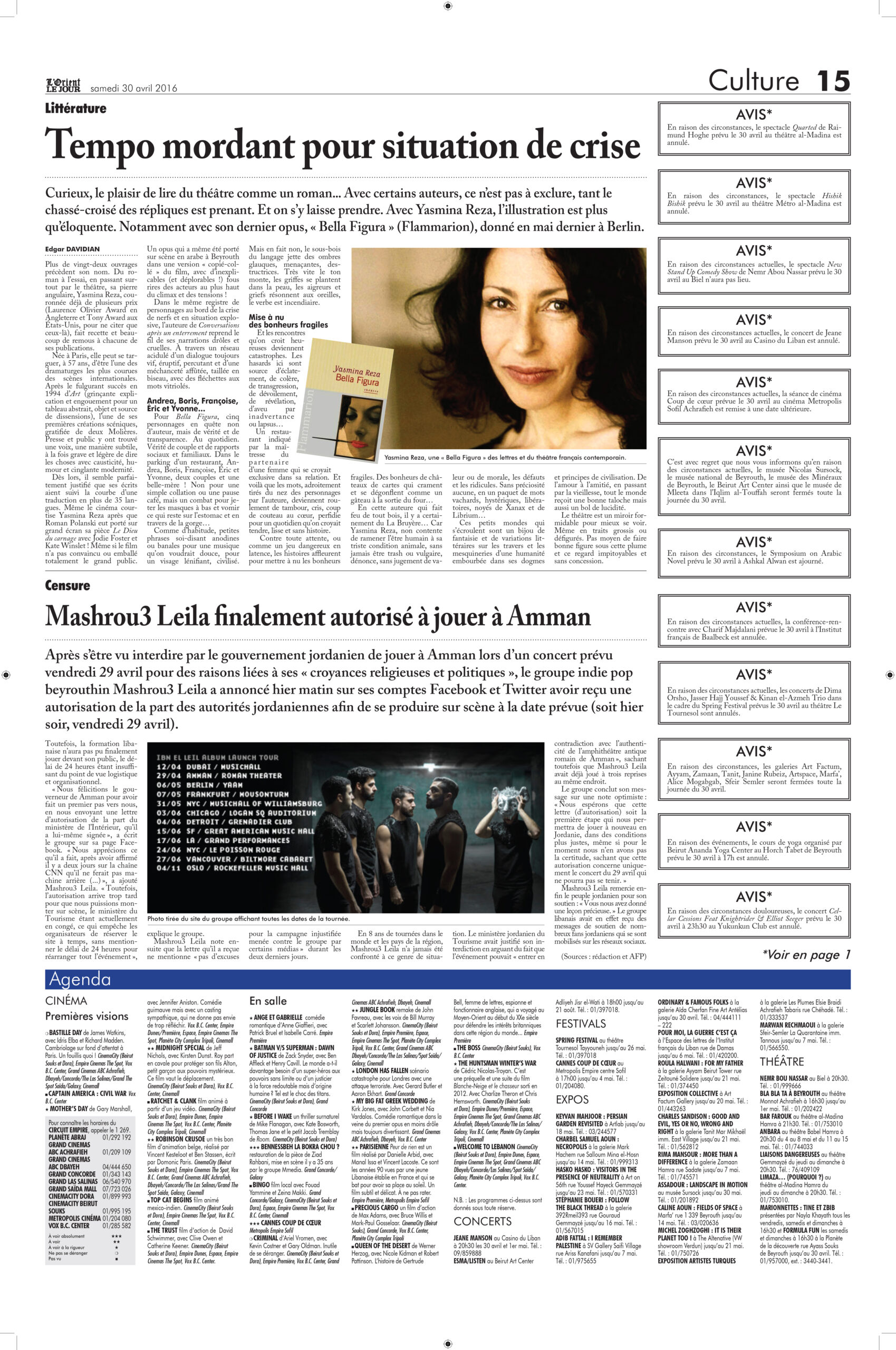 Sirine Fattouh’s intervention consists of a series of fake cancellations of cultural and artistic events on the day of their occurrence due to “the current circumstances”. Inspired by her research on the archive of L’Orient Le Jour, the artist repeats a phrase that appeared heavily in the newspaper during April 1975 when the civil war broke out in Lebanon, causing events to be cnacelled due to “the current circumstances”. Blurring temporal references and speaking directly to the ongoing crisis in the Middle East, especially the ware in Syria, the artist employs an “artivist” approach by attempting to disturb readers with announcements of cancellations of performances, openings, yoga classes, and the closing down of museums and art centers.

The Origin of the World

I recall my father reading daily newspapers every morning

Rome is not in Rome

Voice to the Voiceless Among Them