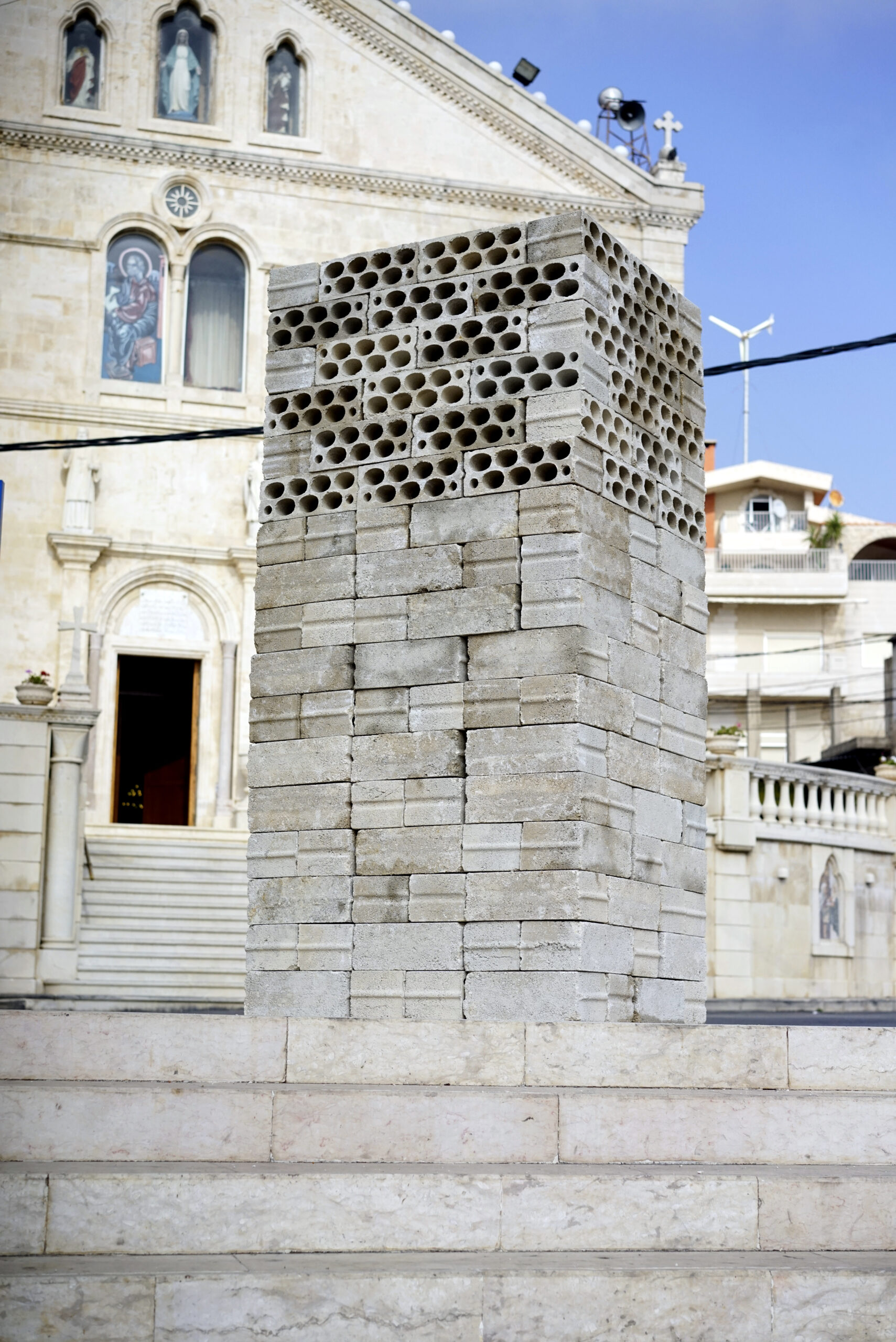 Station is a column of cinder blocks set in the middle of the village square in Meziara. The village has two sides: the industrial side and the residential village side. Not many of the locals go to the industrial side. The residency, which hosted multiple artists, took place primarily on the industrial side. This intervention aimed to highlight to the locals that there was something happening on the other side, therefore bridging both sides of the city. The column of cinder blocks is also a symbol of local concrete production. Right after the installation a man climbed to the top to act as a sculpture on top of a pedestal. The villagers began to put posters on it as it was the focal point of the square. The shape helped to denote its possible uses.

I plant a tree