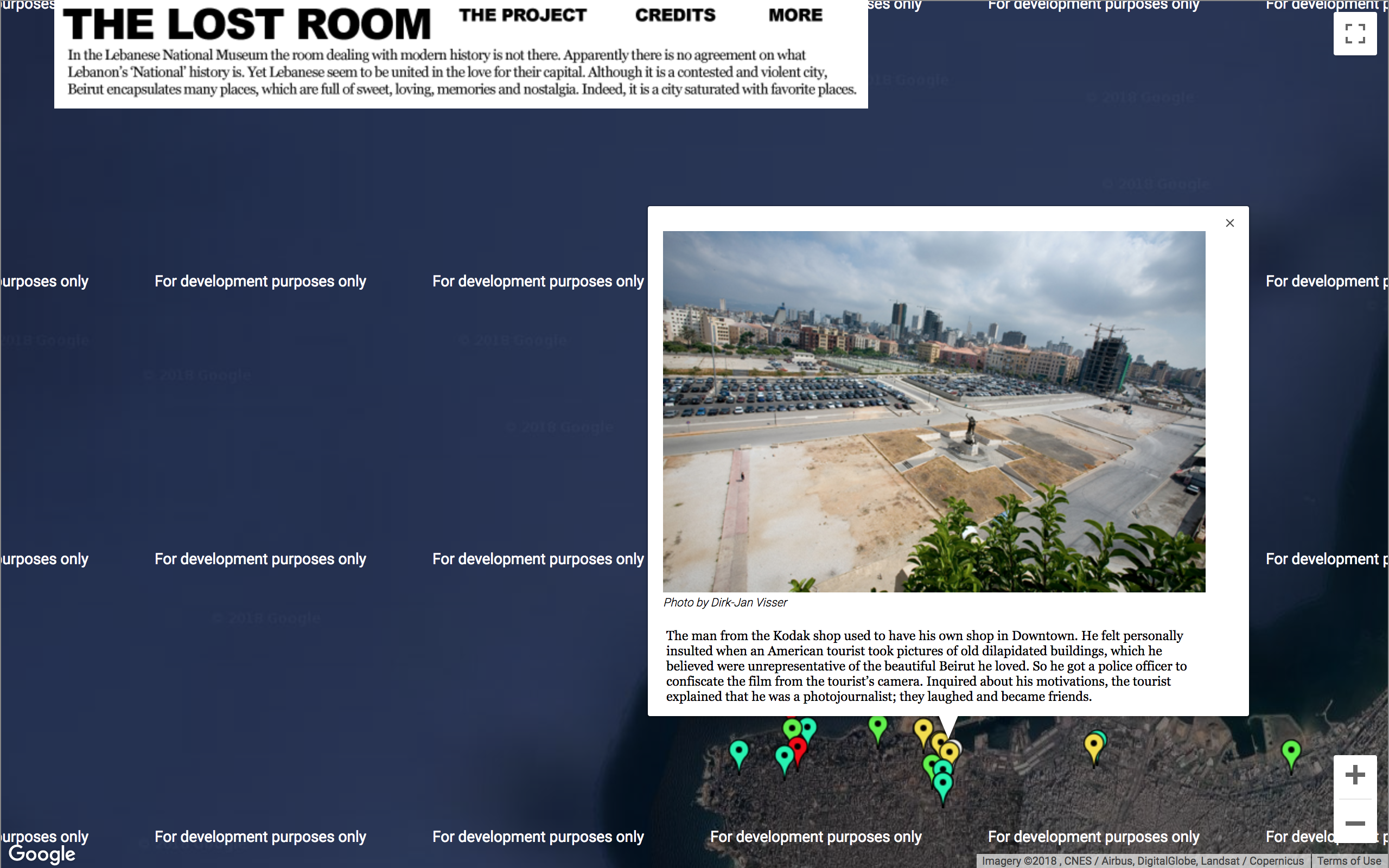 In the Lebanese National Museum, the history of Lebanon is pushed back to prehistoric times.The narrative slowly builds up, and just when you expect to step into the room of modern history, you find yourself at the exit. The room, which is supposed to deal with modern Lebanese history, is simply not there. What has happened to this room and these histories? If it is not in the National Museum, where are we to find modern Lebanese history? It would appear that given there is no national consensus, there is no modern history. Random citizens were interviewed and revealed their favorite place or sweetest memory of the city of Beirut. Divided into the categories ‘romance’, ‘heroism’, ‘childhood’, ‘encounters’ and ‘escape’ these public places were recorded, tagged in the city and put on display.