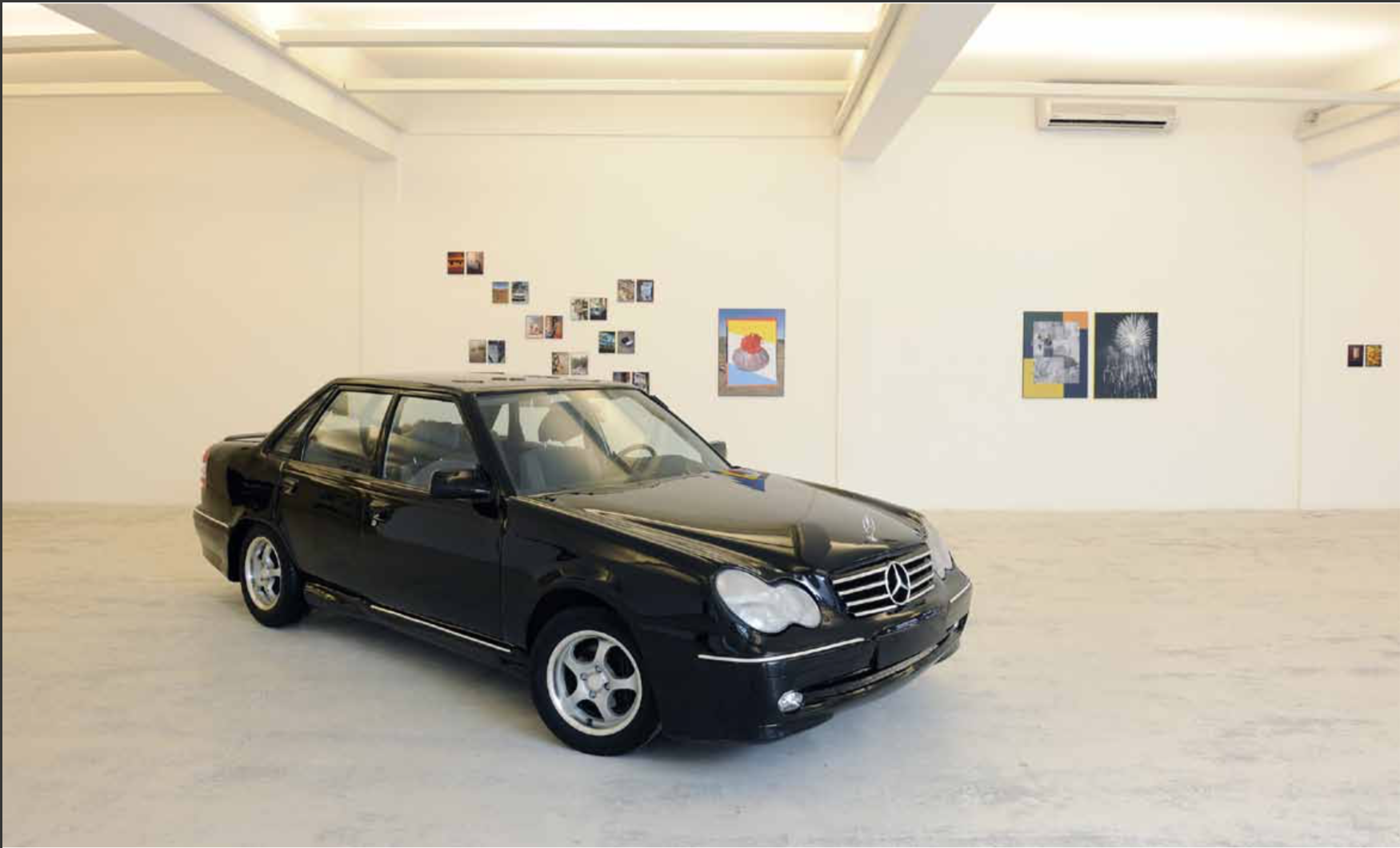 In the same way Lebanon’s countless plastic surgeons can rearrange a woman’s face around a Swiss ski-slope nose, or make her look as overtly alien as the pop star Nancy Ajram, the country boasts an elaborate gray economy for embellishing, revamping, and overhauling cars. With unemployment hovering (unofficially) around twenty-five percent and salaries stagnant against staggering cost-of-living increases, luxury vehicles are out of reach for all but a shrinking elite. But while a young man may not be able to afford a Mercedes or a BMW or an Escalade, for a mere fifty bucks he can make the doors of a humble Kia open upward like the wings of a DeLorean. And so it goes, modest cars customized with ostentatious tails, spoilers, rims, neon lights, police sirens, and alarm systems that shriek in riddles, jokes, and pop songs. Pierwoss ended up grafting a custom-made, absurdly flammable fiberglass body onto the hood of the old Toyota, cutting out chunks of the trunk to insert Mercedes-style taillights at the back. The rest of the work involved smoothing and molding and a paint job that took seven days. -Kaelen Wilson-Goldie

In the Black Campaign