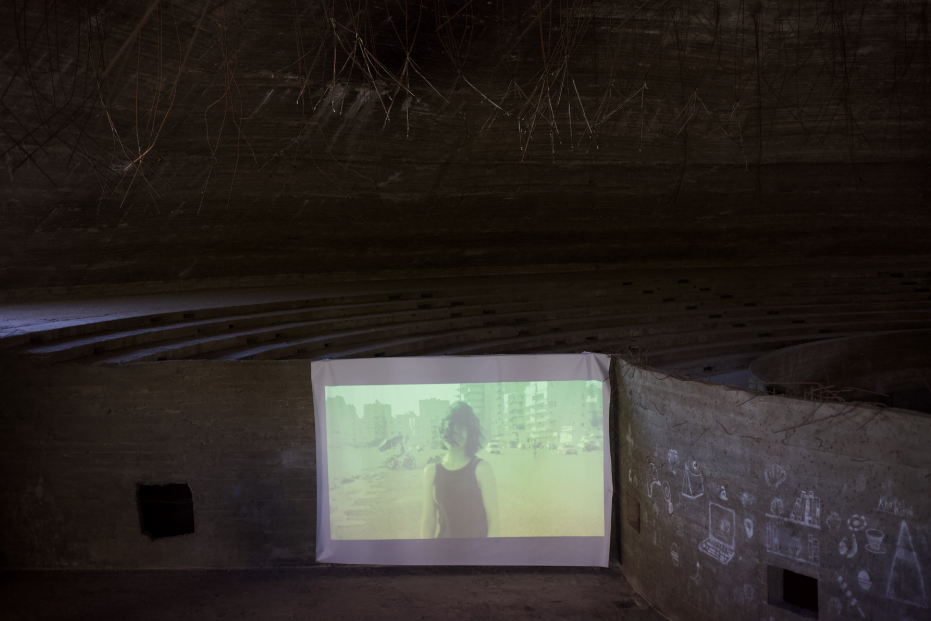 Under the jetty is strongly inspired by the dystopian film “The Jetty” (1962) directed by Chris Marker which was produced few years before the arrival of the architect Oscar Niemeyer to Tripoli. Shot between Mina and Tripoli, this video work represents an ideal situation that could not become a reality, by blending the classical, the documentary, and the imaginary visual languages in order to raise and produce new interpretations. This video, shot without a soundtrack, is a reference to the unfinished project of the fair.

Don’t Fall, Because Whoever Fell Will Fall For Good