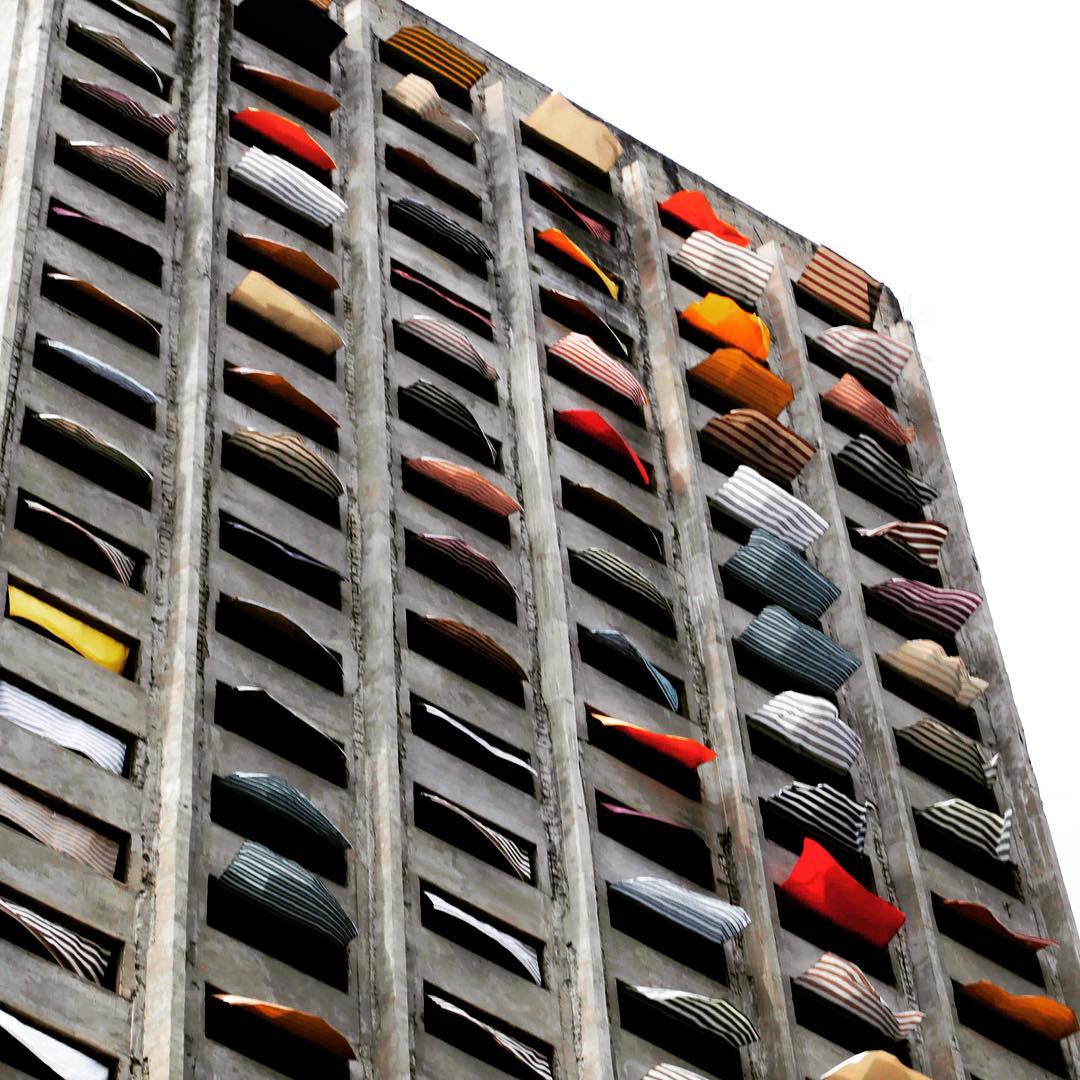 The idea for this project came from the artist’s desire to transform a haunting reminder of the Civil War into an art piece. Burj al-Murr is an unfinished skyscraper originally intended to be Beirut’s trade hub. Its construction began in 1974, a year prior to the start of the Civil War. It became a key sniper nest during the war, owing to its strategic value as one of the tallest buildings in the city at that time. For his installation, Khoury spent six days draping colorful fabric from the building’s paneless windows. “The idea was to make it look as though the building was dancing in the wind,” Khoury said, “to take a negative memory and make it positive.”

All that is solid melts into air

Allo, Can You See Me?