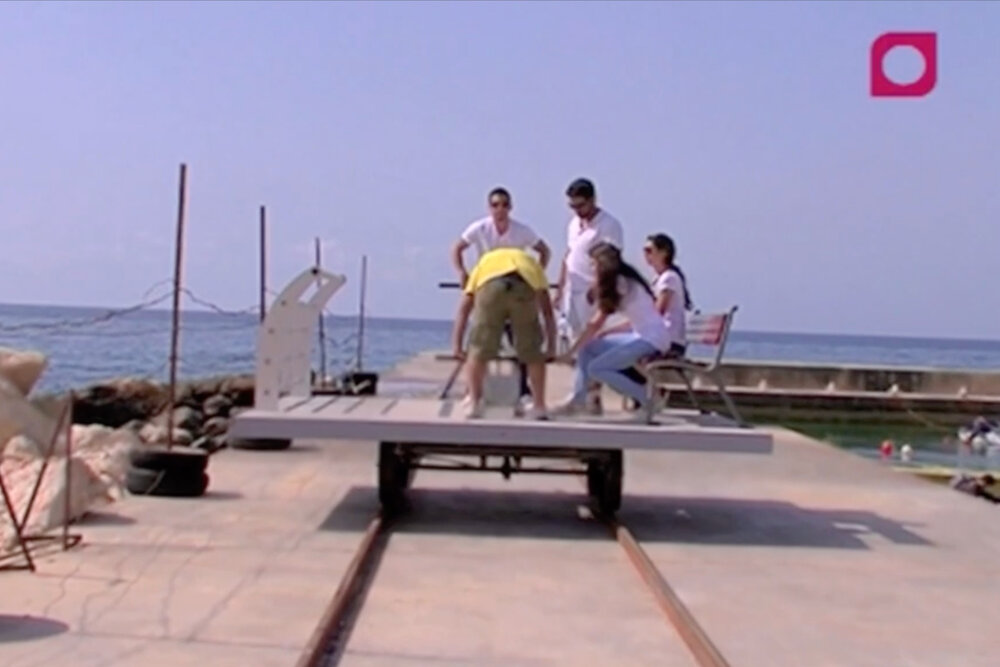 Corniche Extended was situated on a pier that was funded by public money but was surprisingly off-limits to members of the public. The pier was monopolized by a specific sect of Beirutis who insisted that no one be allowed to set foot on their turf. Using the rules set to their own advantage, the students built a replica of the Corniche that ran on tracks, powered by a 1945 handcar. The platform serves as a visual invitation for the users to trespass the barbed wire onto the pier and take their public space along with them by taking the little Corniche replica for a ride. Rana Haddad with Jalal Makarem, Farah Harake, Marianne Safi, Mustafa Chehab, and Rami Saab.

I don’t know how I feel about the sun