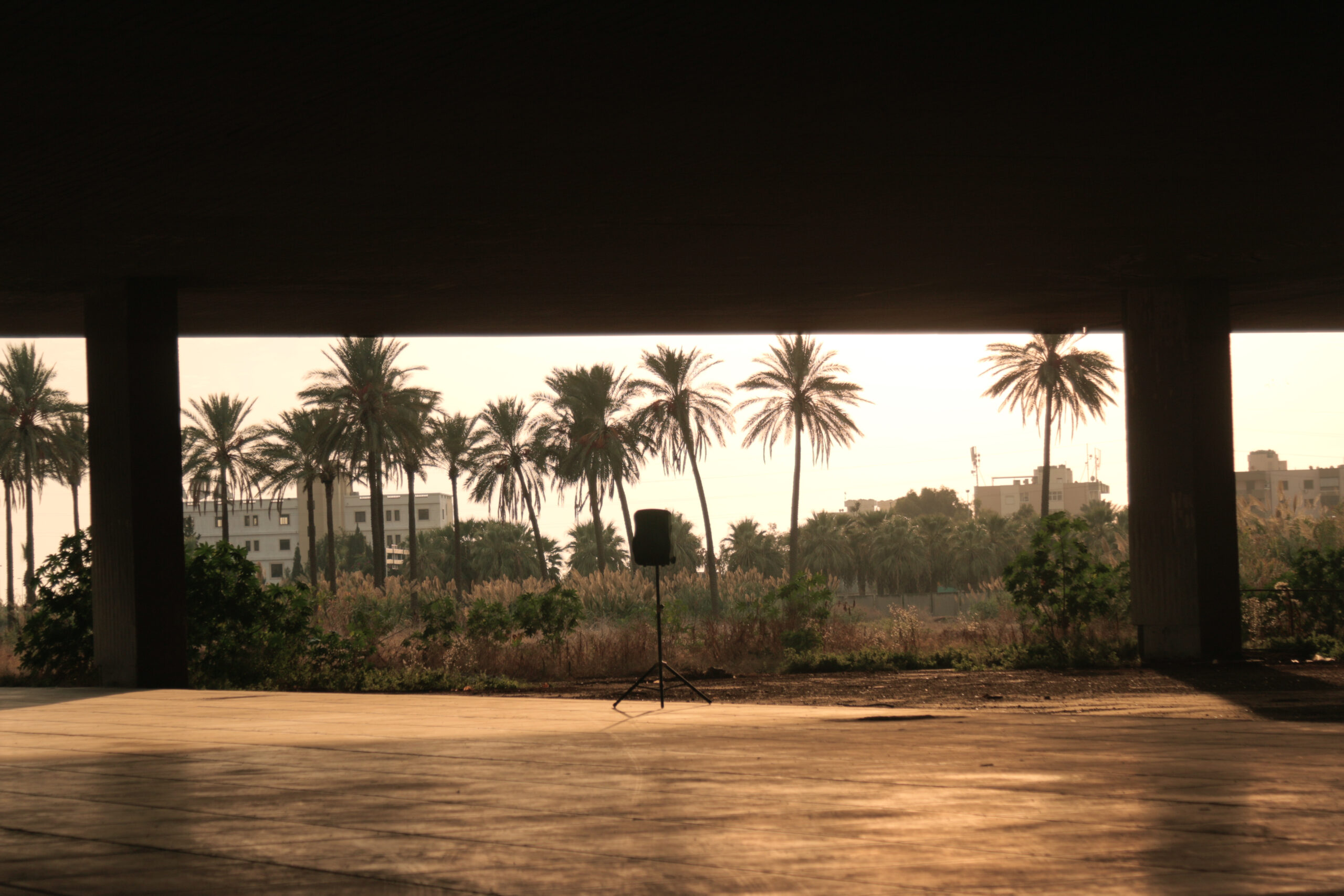 Tripoli, soundscape variations from the city to the fair

The fair’s architecture and scale are visually striking and create a sense of fascination, which the artist tried to resist when invited to work on this site in the past, by refusing to produce any visual work aside from documentation on what has now become a monument. This situation triggered the idea for the multi-channel sound installation where Joreige proposes to reconnect, through a poetic gesture, the bustling life of Tripoli with the almost secluded site of the fair. She recorded sounds in various landmarks and mundane places in the city such as the fishermen’s auction at the harbor of Mina, the successive muezzin’s calls for prayer heard from the citadel, and the lively old souks and children’s voices from Bab El Tabbaneh.