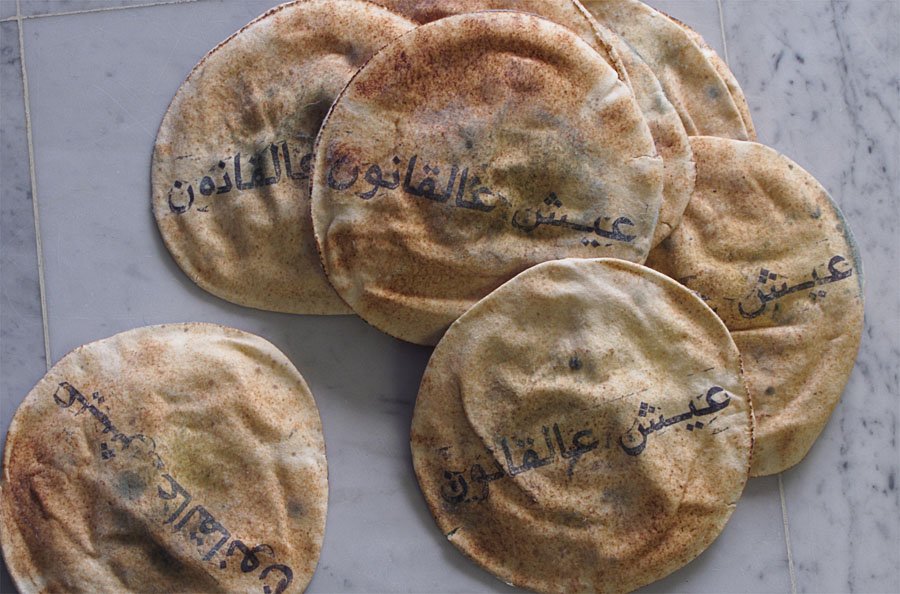 The artist came to Byblos old town with a small suitcase, bearing a number of 5x5cm transparent plastic boxes, each containing a miniature kaak. On one side of each kaak, Hachem had stamped the image of a cedar tree, Lebanon’s national symbol. Kaak vendors were commonly Syrian migrant workers, who were, in Lebanese popular discourse, depicted as spies for, or agents of the Syrian secret police. The intention was to gesture to Syrian military influence in Lebanon. Since it was impossible to remark upon the Syrian occupation force directly, this message was imprinted in part on the back of each box so that it could only be read in full if a number of consumers combined several boxes together. The intervention was meant to carry on over multiple days but it was cut short. At the end of the first day, the artist fixed the suitcase to the ground at a major pedestrian thoroughfare, to supposedly continue selling the second day. The next day, however, the bomb squad of Lebanon’s Sureté Génerale showed up and went to work on the case, thinking there’s a bomb inside.