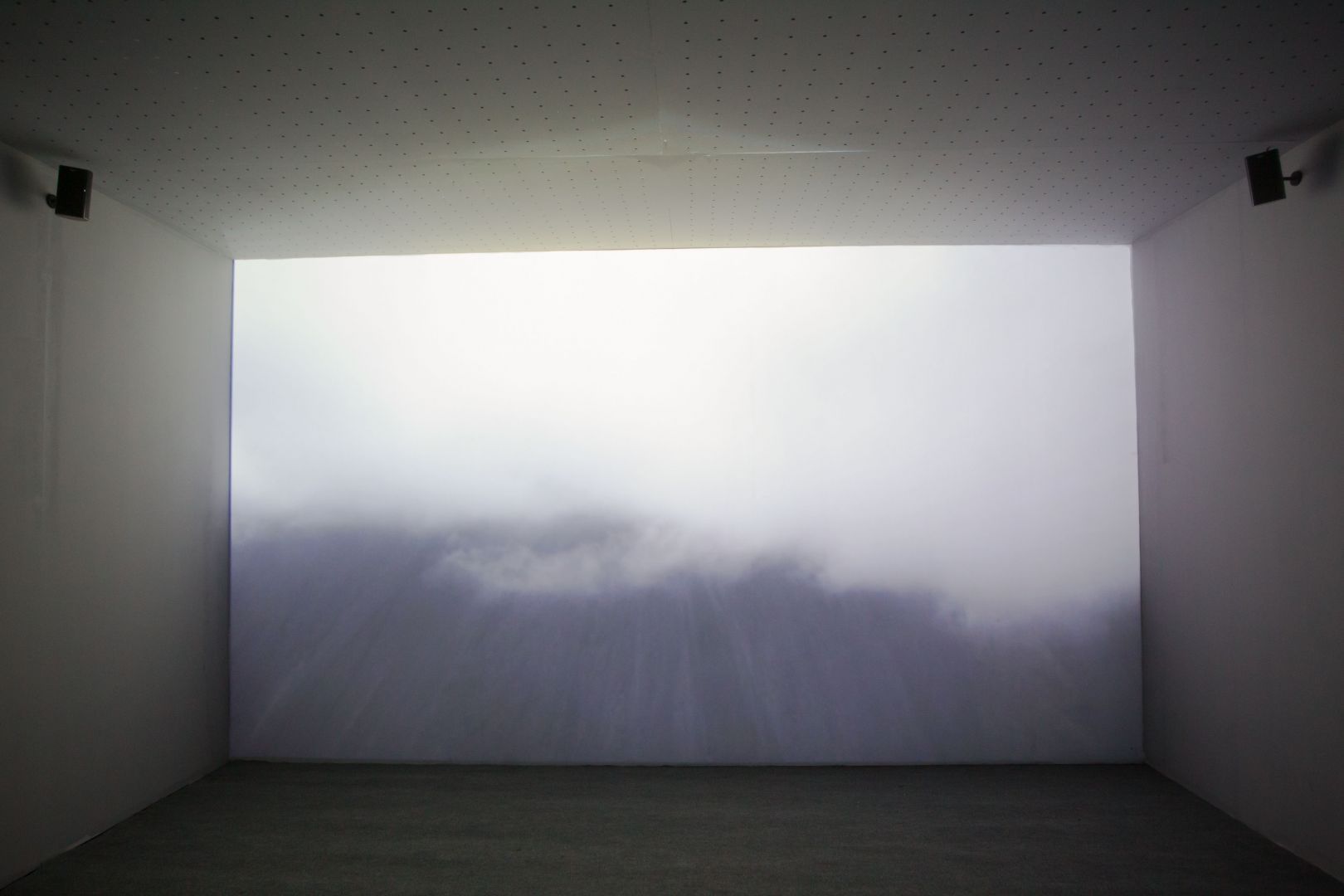 In Soleil Noir, a drone navigates slowly through the strombolian eruptions spitting ash and then moves to lm the buried city of Pompei and its forgotten frescoes. A portrayal of a post-human landscape brings forward the weighing threat of natural disasters. Laurent Grasso adds a new floating perspective to the ruins rendered majestic by the sound of an electronic symphony. Reaching towards the end of the lm, the image darkens and the fascinating and mysterious phenomena of a black sun emerges. Geology, nature and science- fiction often depicted in Grasso’s work become odes to obsolescence and a search of an alternative dimension within the abandoned spaces of the world.

Powers of the World, sHe

The Matrix for AI et AI