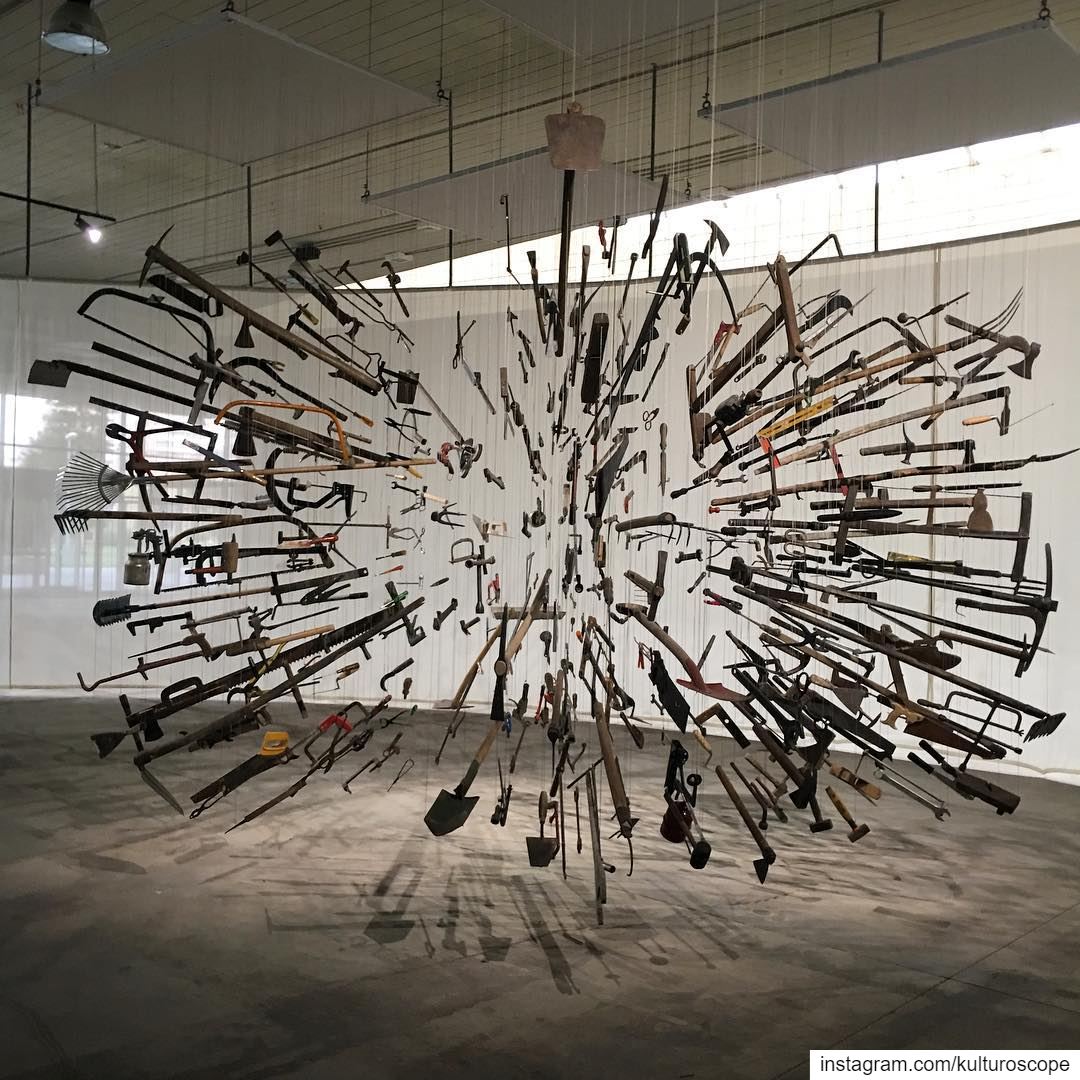 Controller of the Universe

Controller of the Universe is part of an explosion. The center of this piece is the viewer, since in the middle there is a space for observation that operates as the vortex of the angle at which each single suspended tool is located. The piece is titled ironically after Diego Rivera’s mural painting from 1933 and has unfortunately become a sort of statement. The piece has been wrongly interpreted as a masculine and epic work that praises tools and views men as the center of the world.

Red is the color of my eye

The Matrix for AI et AI

The seven pillars of wisdom

The water is cool in the café